My Childhood Days and Shepherding at Goodwood by Neil Cooper

My Childhood and Life on Goodwood 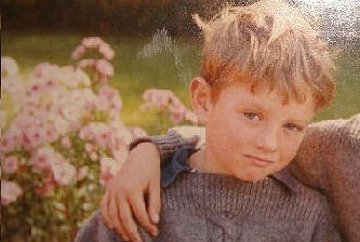 I was born to my mother Mary and Father Michael on the 9th of December 1962 in a small cottage on the Goodwood Estate near Chichester. This was situated in the county of West Sussex near the South Coast of England, 8 miles from the sea. We lived in a tied cottage on the Goodwood motor circuit where my father worked. (tied cottages means it goes with the job as part of the remuneration.) I was born at 3 am and named Neil Christopher Cooper. Apparently, I would not wait for my childhood to begin and my mother did not have time to get to the hospital. Thus, the midwife was called and came out. I was the younger of two children my parents had. This was a lovely way to start my childhood in such a beautiful part of the country.

One of my first memories was sitting in my pram at about the age of 1 year old, on a lovely summers day. My next was standing out in the snow in the garden of the cottage at the age of about 2. This was in 1964 when the South of England had a really bad snowstorm.

We moved to a wonderful new home

At the age of six, my father who worked on the estate got another job on the estate at the horse racecourse as the grounds manager. So we moved up to the horse racecourse on top of the South Down hills. This was amazing for me and I lived there from ages six to sixteen. The South Down hills and surrounding area become my new playground. I spent most of my time alone, as my brother did not often wish to play with me. This is partly why in my life I become an introvert and happy in my own company much of the time.

My childhood was wonderful. I would often go riding my bike or flying kites on the hills. I also enjoyed digging in the old chalk-pits for fossils of old sea shelled creatures that once lived there, as it was once covered by ocean. We had many lovely holidays to Devon and Cornwall and also holidays with my grandparents in the New Forest. Our family often had a big lovely Christmas gathering, of which I have many fond memories.

The loss of my mother 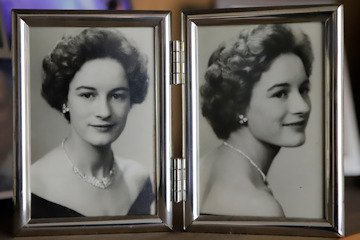 Sadly at the age of seven, my mother got cancer. She fought it for three years until she died, spending nearly all of that time in hospital. It hit me really hard. I was such a gentle and loving child. I cried every day for 6 months holding a little cuddly toy owl she loved. Until one day, my father told me I had to stop, so I just had to hide my grief. I still have so many fond memories of her to this day.

She has come to me many times through mediums since 1995. She was the very first person I ever got a message from, this was given to me by my friend Peter who was a clairvoyant medium and healer, who become my spiritual teacher. Only a few months before this loving message I cried as I still missed my mother. After I knew she was alive and well in the afterlife, I knew I need not cry anymore. The day after she died was the first time I had ever prayed in earnest. I believed in God, and I prayed to him at the age of 10, asking that he look after my mummy in Heaven until I got there to look after her.

At the age of five years old, I started school. It was the first time I had ever been away from my mother’s side. I did not think much of that on my first day but was fine after that. I found it very hard to learn to read and do maths. At the age of seven, I remember thinking to myself; I cannot do what most of the other children can do. I felt a little trapped and that my mind should be far greater than what it was. It was a few more years before I realized I had a learning disability.

When I started at Chichester High School for Boys, I was put in the remedial class. In those days they did not do much to help any of us and we were more or less just left to get on with it. I really struggled at school and found it pretty much a waste of time. At 16 my final year in school, I asked my teacher if we would be doing exams and he said that none of us would be entered for any exams.

I asked how soon could I leave and he said in April of 1979. So, I decided to leave as soon as I could. I left school barely able to read and write, and it was the same with maths and most other academic subjects. It was not until a little later in life that I realized I was suffering from really bad short-term memory loss and always had. I believe I have dyslexia as well. However, I was never diagnosed as having it, mostly because nobody ever tested me.

“Some of you may have noticed I blink a lot in the beginning or throughout some of my videos. I don’t do this on purpose, but it helps my mind to think more clearly, as my short-term memory loss gives me mental blocks if not.”

Well, as soon as I knew what date and month I was leaving school, I had a few months to find a job. Now, my grandfather Frank on my father’s side was a cowman milking Jersey cows. I loved to go out on the farm with him when he was milking. I also used to love being with him when he was at home gardening. He was such a lovely gentleman, and I often think I take after him.

So, this inspired me to arrange an interview with the farm manager of the Goodwood Estate Farms. I went for the interview and was offered the job. I asked if I could go to the local agricultural college one day a week in the winter months to get my farming City & Guilds, which he was happy for. Then, he asked me if I would like some weekend work before I started working with the shepherd. It was December at the time, and the lambing would start on the 10th of March, so I jumped at the opportunity. I really enjoyed helping the shepherd out, and he was a lovely man in his late 50’s that would teach me his way of looking after sheep and lambs.

On my first day of work in April, the young-stockman came and told me I would be working with him. Young-stock were the calves, and the heifers before they went into the dairy and the bulls that were either reared for meat or sold. Well, he was one of the most amazing livestock men. He was really conscientious and a great stockman, he taught me so much about good animal husbandry. I too was very conscientious and very keen to learn. Soon he was giving me the job of looking after the calves some weekends. From then on, I developed into a good stockman myself.

Working with the flock 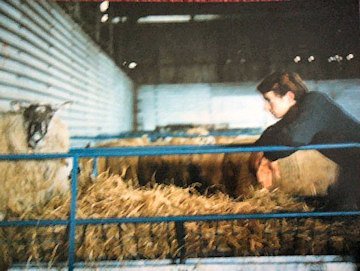 When the shepherd was really busy, I would sometimes get the chance to help him. He also taught me much about good shepherding. Over time I started to get more of a passion for working with the sheep. We had a new farm director and he increased the flock from 300 to 1300. One day when I was eighteen, my friend and I who was a year younger than me, were getting the cows in for milking.

The new farm director was walking past, and he stopped to have a chat with us. He said, “what would you boys like to do in farming?”. Well, I piped up right away saying, that I wanted to be a shepherd and my friend said he wanted to be a tractor driver. Well, my boss said! “Neil the shepherd retires in 2 years and you can start working with him as his under-shepherd on Monday. And if you are good enough when he retires, you can be the shepherd”. Well, I was over the moon with this great news! My friend also got what he wished for and was put on the arable driving tractors. 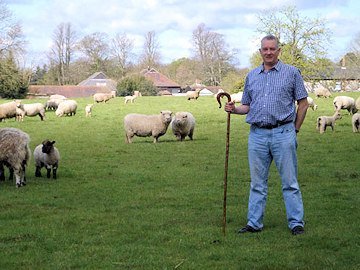 I took over from the shepherd in November of 1983 and became a great shepherd. I looked after the flock in a very conscientious way and was very hard working. Shepherding became my love and passion, as well as a way of life. I really enjoyed working on the South down hills, where I grew up. The next year I got married and moved into a tied cottage on the farm. In 1986 I wanted to spread my wings and have full control to manage a flock. I found a new shepherding job in Oxfordshire and managed the flock. My then-pregnant wife and I moved there into another tied cottage that went with the job. The owners were very pleased with my shepherding and how the flock was performing.

During our time there we had 3 children. After 3 years of being there, we wanted to move back closer to home, as it was a long drive to see our relatives down south. I found a new job shepherding on an amazing state-of-the-art and very modern farm. I really thought highly of my shepherding and while I was there we won the South of England Best Flock Award 2 years running. These were the only 2 years that we had entered it. Sadly during this time I split up with my wife and we went out separate ways. But I got to see my children and had them stay every other weekend.

The end of an era

Very sadly, after 3 years of shepherding on this new farm, there was a recession. It hit the British sheep farming industry very badly. Unfortunately, the owners of the farm told me in February of 1993 that they would be selling the flock in June and that my yearly contract would not be renewed.  I looked for other shepherding jobs locally, but could not find one. My children were local, and I did not wish to move away from seeing them weekends. So I had to find other work. I ended up mostly working on building sites for 6 months which I did not enjoy very much, but still did a very hard days work.

Next blog: My Vision and Calling of my Spirit by Neil Cooper

You can subscribe top right or bottom for email notifications of new blogs.